Meet Cheseray, We followed her for 2 years to complete this video on her bunion & life transformation.

See her amazing before-and-afters and how her quality of life has changed! 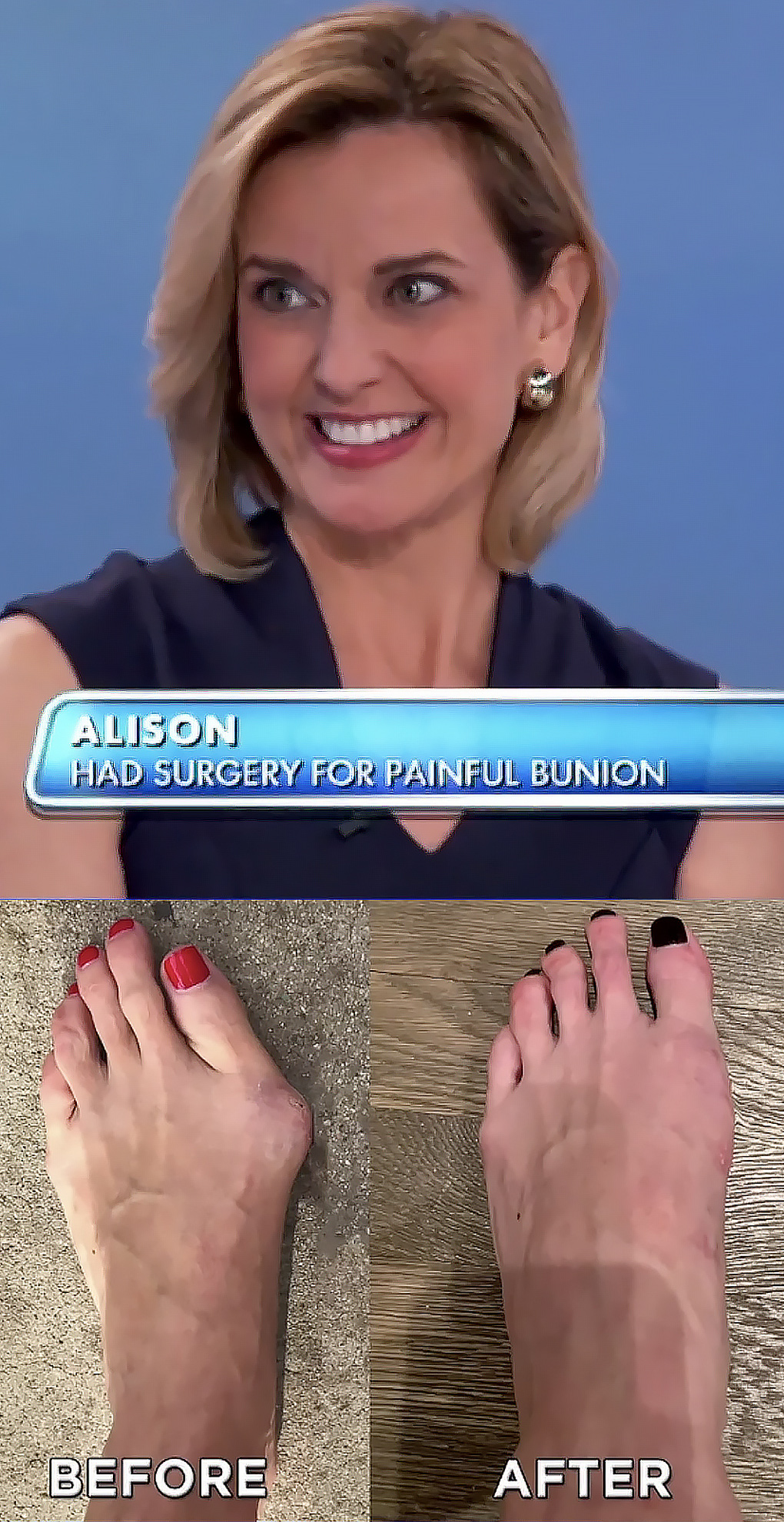 Dr. K meets a mom & professional dancer to see what can be done about her severe painful bunions:


Check out her post surgery video showing the recovery and the successful outcome of her Minimally Invasive Bunion Surgery with Dr. K. and her follow up story on The Doctors Show: 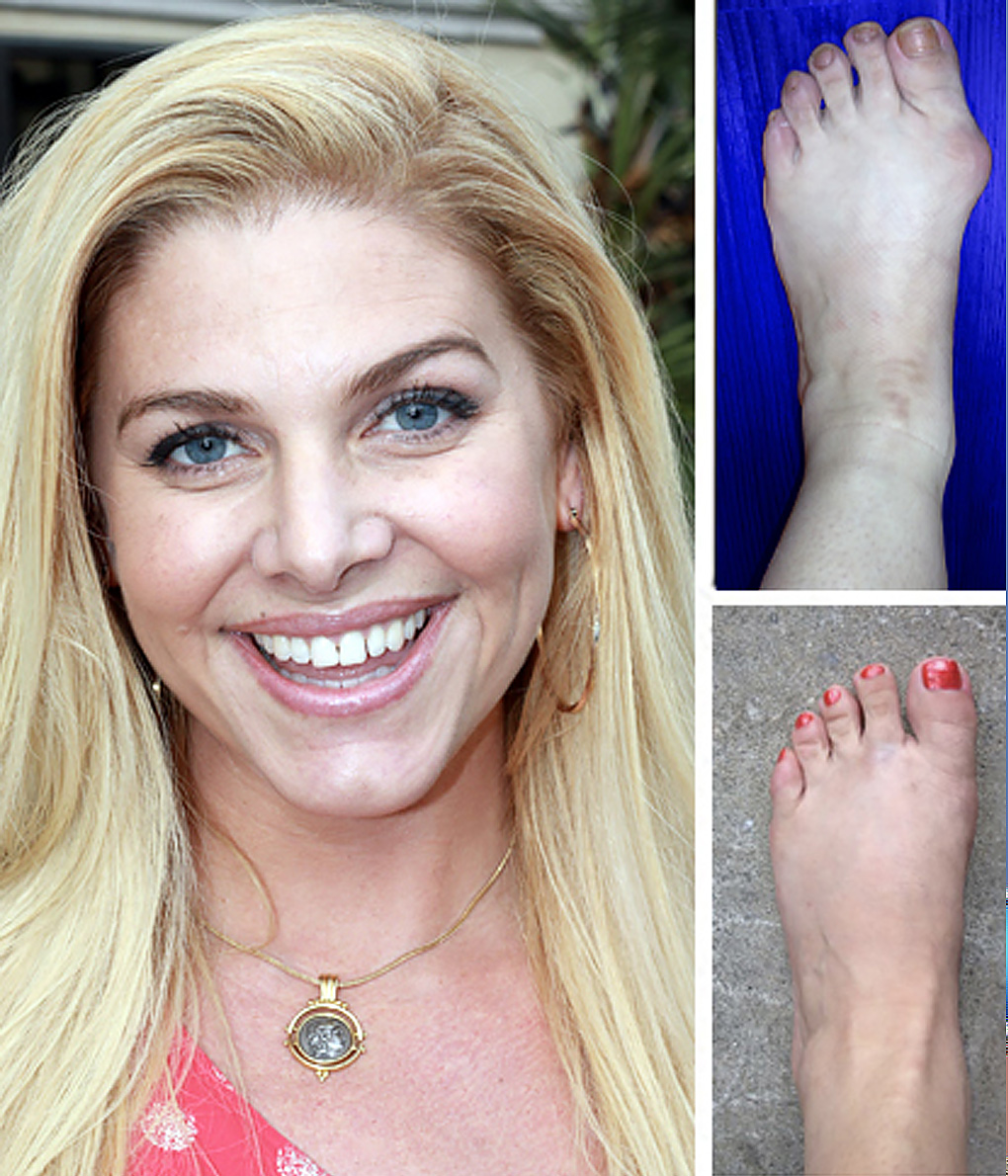 I WISH I KNEW ABOUT THIS PROCEDURE EARLIER. THANK YOU DR. K

Female age 35. Professional Chef, mother of 2 boys (12 & 10) Very Active, on her feet all the time. Been waiting to have bunion surgery for the past 10 years, but with the prolonged recovery of traditional surgery and big scar she has postponed her surgery until now. Was walking day 2 after surgery. 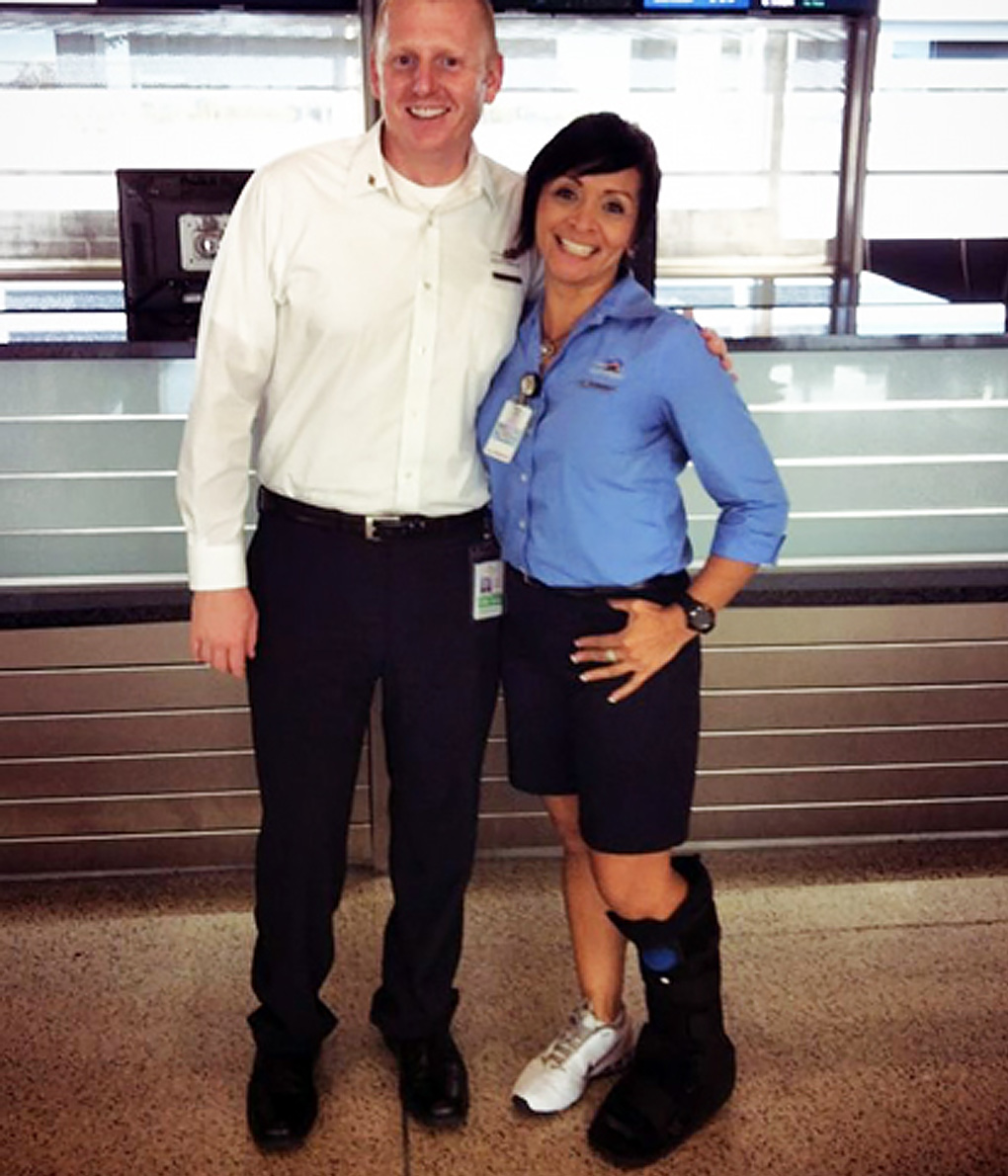 "I am three weeks post op and I have been back to work now for two weeks. Hope you know the impact you have made in my life and I guarantee I will be back for the other foot.

Hope you like the picture and I have been singing your praises to everyone that has asked about my boot. Which is a few hundred passengers a day at least. Not to mention friends and family. "Thank you" doesn't quite do you justice." 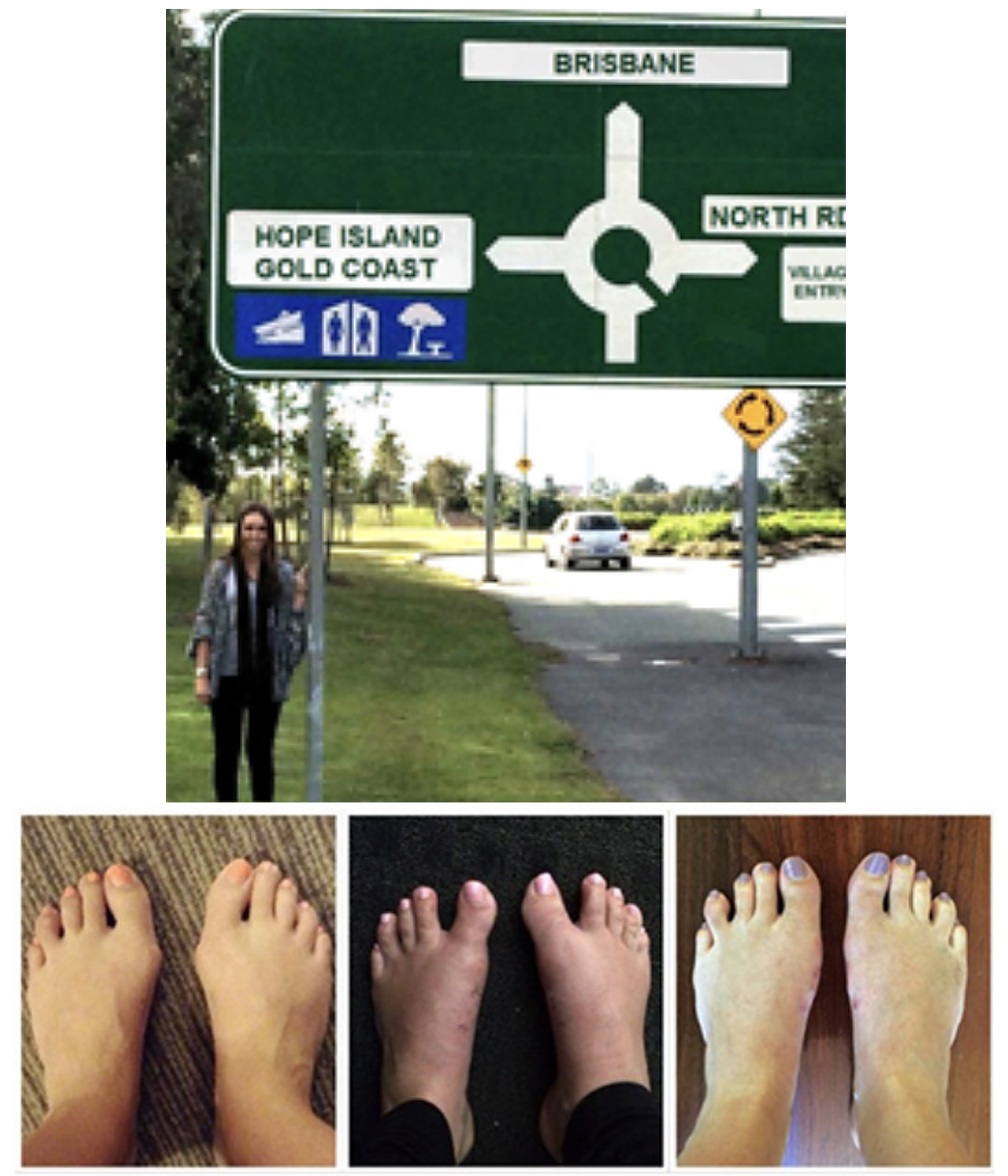 "My name is Jessica I am 21 years of age and live on the Gold Coast Queensland Australia. In August 2013 I was diagnosed with mild hallux abducto valgus on both feet. I was told that I would have to have surgery at sometime within the next 5 years as I would eventually be unable to walk without pain. I sought surgery in Australia but found that it was very invasive, huge scarring and the recovery time was extreme.

Only one foot could be operated on at a time and I would not be able to walk for 6 weeks after the first surgery - then 6 weeks recovery time before the second foot could be operated on and again 6 weeks without walking. I was also told that I would never be able to wear high heel shoes again. As you can imagine being told that at 21, I was devastated.

My mum happened to be watching the American television show "The Dr's" when she saw Dr. K explaining his wonderful new “minimal incision minimal invasive” bunion surgery. She made contact with Dr. K's staff via email and was ecstatic to find out that I was the perfect candidate for his surgery. In January 2014 I commenced a 6 month University exchange programme in Orange County California. I attended an appointment and met with Dr. K and his wonderful staff. At the end of my University semester I had the bunion surgery on both feet at the same time. I experienced some pain in the first 72 hours but that was kept under control by some pain relief. On the 3rd day after surgery I was walking with crutches and by the 7th day walking without crutches.

On the 7th day after surgery I returned to Australia wearing moon shoes/boots on both feet and had minimal pain. I was walking without crutches. I returned to America five weeks later to have the pins removed from my feet. I could not believe how quickly my toes became realigned and I had hardly any pain. I returned to Australia after 5 days and wore the moon shoes/boots for a further 7 days but I was also walking between 10-15 minutes each day without the shoes. I had no pain whatsoever and only 3-4 very small scars on each foot.

After 7 days I started wearing my runners. Again no pain. It has now been 12 weeks since my surgery and I am back training at the gym, jogging and jumping. I am wearing normal shoes and have today purchased my first pair of high heels – not too high but a small heel. I am so excited to be able to wear heels. I cannot believe how "straight" my feet are - I am totally thrilled with the end result and my very small scars are disappearing.

Although travelling from Australia to the USA to have this surgery was extreme and the cost quite high, I believe in the long term it was well worth it. Dr. K is truly a professional in every aspect of the word. His bedside manner towards me and my mum who accompanied me on both occasions was outstanding. Dr.K's staff of Pamela, Elisabeth and Brittney were fantastic. Both friendly and helpful but also professional at the same time.

Thank you Dr. K I never ever thought I would have the beautiful feet that I have today and I cannot thank you enough." 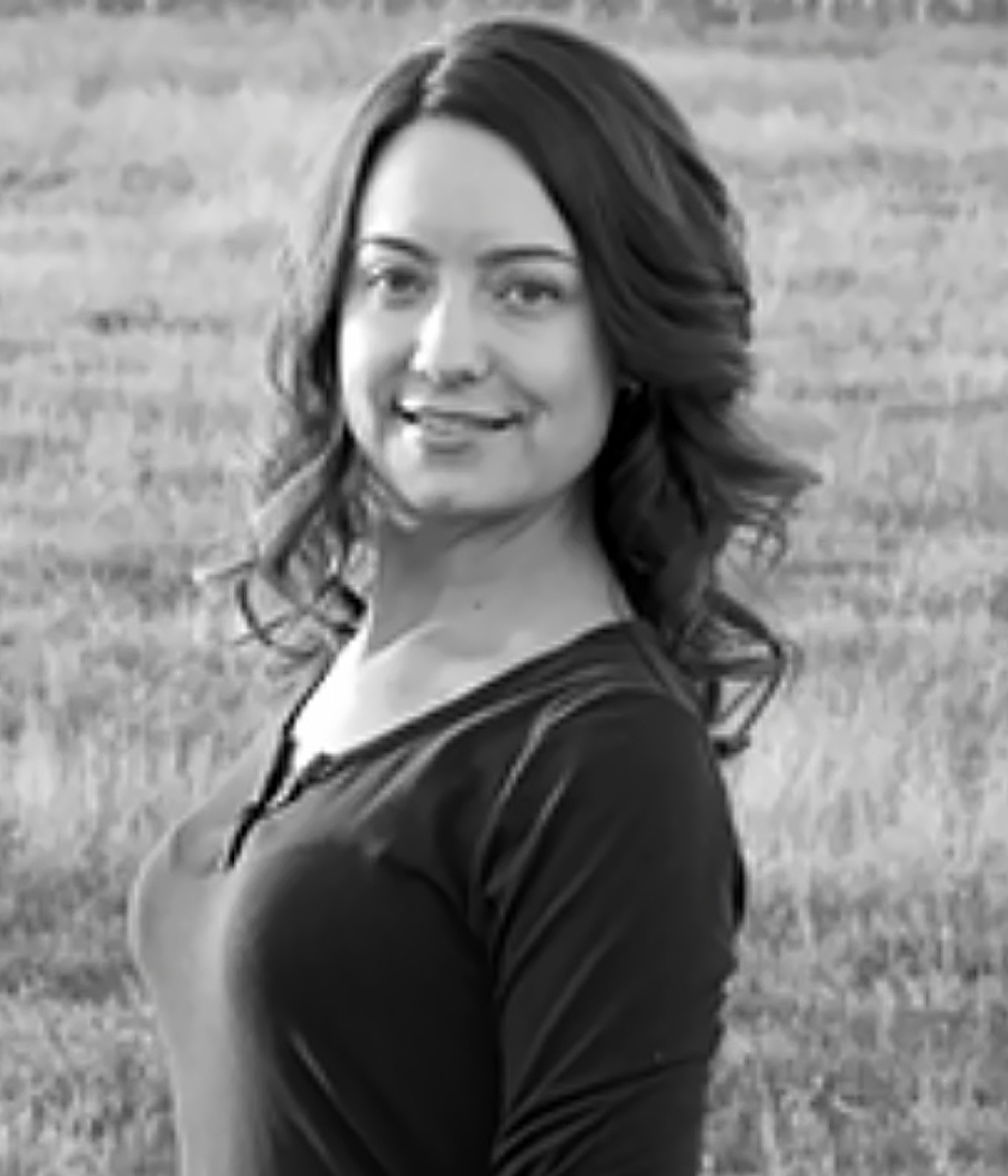 "I would highly recommend Dr.K and his amazing staff at Foot & Ankle Alliance for any of your foot needs. With the use of the latest technology, Dr.K's expertise and knowledgeable staff, your results will exceed even your greatest expectations.

I had the Bunion Foot Surgery and was amazed at how quickly and painlessly the procedure and recovery process was. Thank you Dr.K and Staff for fixing my foot!! I couldn't be happier withy the results." 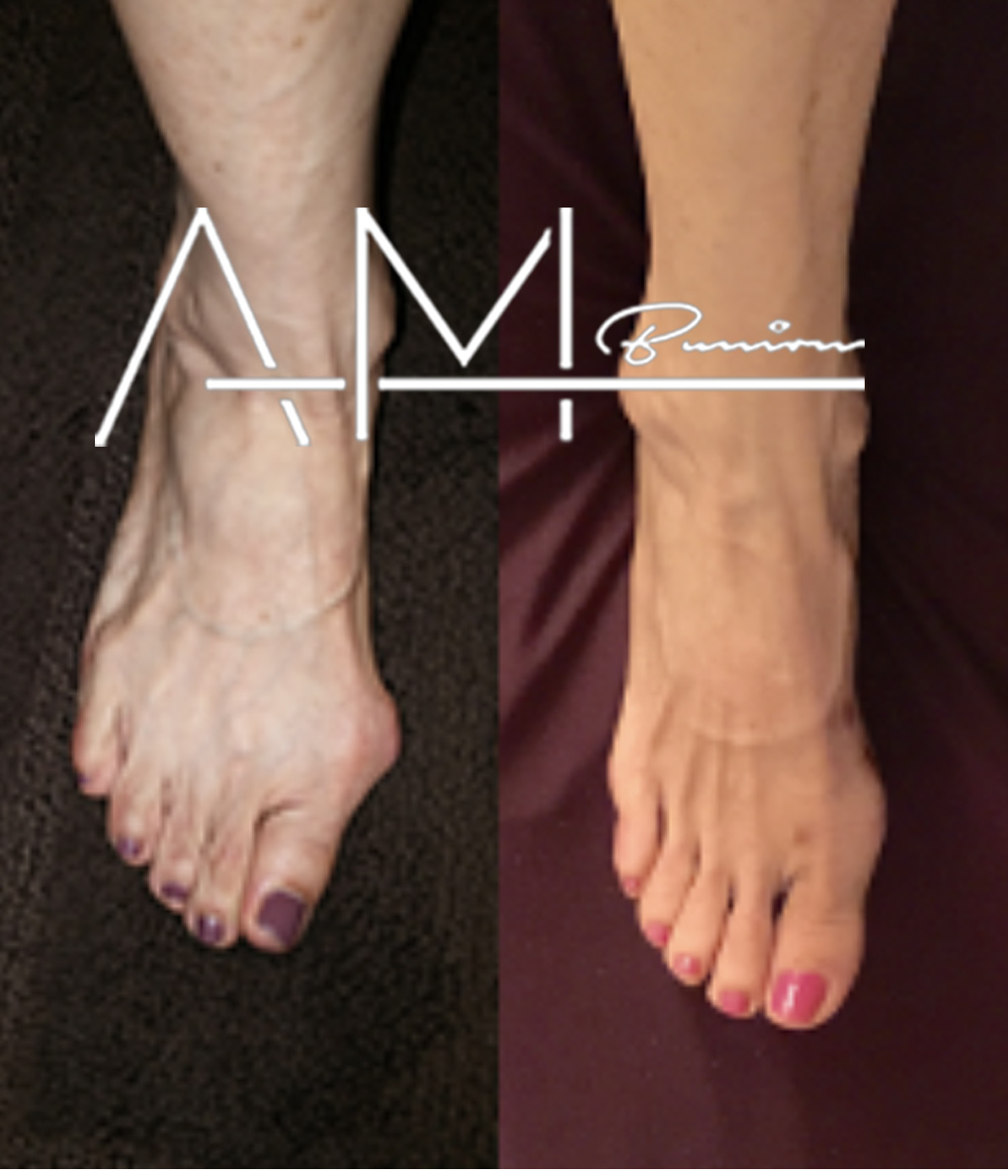 "I have been wanting to get bunion surgery for the last 4 years as they got worse and worse. The first podiatrist I saw in 2010 just made me some expensive orthotics that did nothing for me. As they became to hinder my walking and gradually became painful, I started my extensive research for the right surgeon. Prior to seeing Dr. K, I was diagnosed by another doctor that indicated that there was no way I would qualify for a minimally invasive type surgery and that I would require the "traditional type" surgery which requires wearing a cast being immobile for 2-3 months.

That was not what I was looking for. Lucky I saw Dr. K's presentation on TV and decided to go and see him. He was very up front with me and gave me all the details of his "minimally invasive type" bunionectomy. He even gave me his cell phone number so I could text him in any time of need because my surgery was on a Friday. Now what doctor does that these days. I was using the crutches the hospital gave me for the first 3 days and just basically wore the surgical shoes for 4 weeks after which the K-wires were removed. Dr. K even arranged to have a machine delivered to my home to ice my foot for two weeks. Now I am 8 weeks post op and feeling great! We have already decided on a surgery date for my left foot!"

Virtually No Swelling & Pain | Minimally Invasive Our minimally invasive procedure can achieve the same result as traditional bunion surgery but through a smaller incision. With this tiny incision, patients are quickly back on their feet with little to no pain. Learn more

The Best Bunion Surgery
OuT THERE! 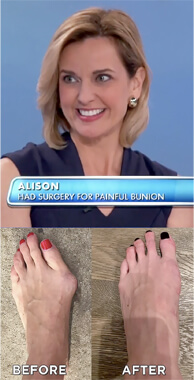 A bunion appears to be a bony "bump" on the base of the big toe. Inside the foot, what's happening is the bone of the big toe is leaning toward the second toe instead of pointing straight. Over time, this leaning of bone inside the big toe puts other bones out alignment and creates the "bump."